Here is an image of a C Major scale, starting with C at the top, moving clockwise to D, and around the circle toward B. You can play a chord starting on any of these notes, and every note in the scale has it’s own chord!

Dm, Em, and Am are minor chords. They are on the 2nd, 3rd, and 6th, notes in the scale. The 7th chord on the B is a special case. We’ll address that later. 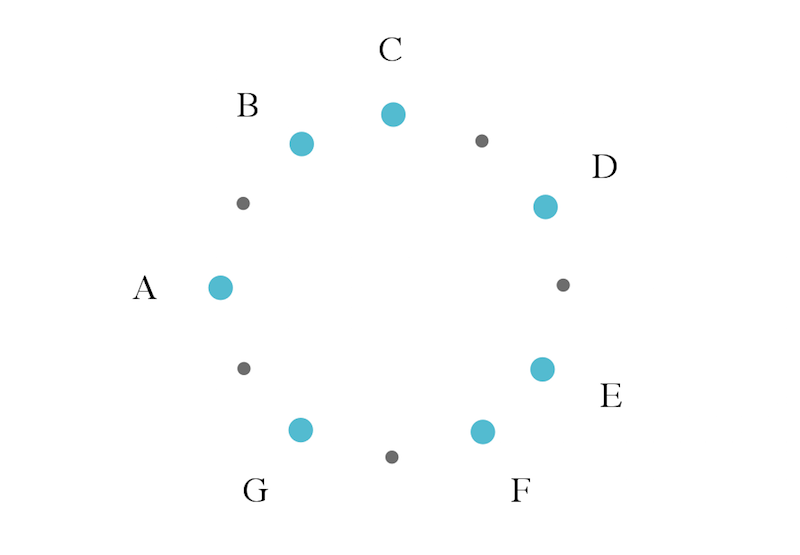 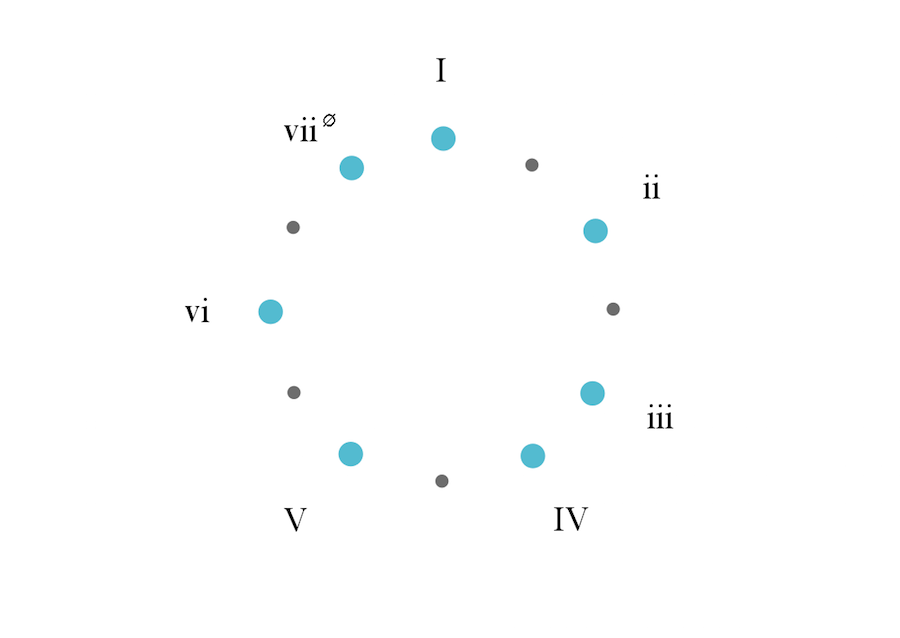 You’ll notice that the “vii” chord is followed by a funny circle with a line through it. That is called a “half-diminished” chord, and every key has one. To keep it simple we’re going to strategically ignore it for now (you’ll thank me later), and focus on the remaining 3

Major chords and 3 Minor chords. Here is a simple map of those 6 chords in the key of C Major:

What is a key?
Fretboard Triangles
Upside Down Triangles
Bar Chords
Open Keys
Using a Capo
Return to Chord Theory